BEAUTIFUL CARS: The review of the gorgeous new VW Scirrocco We test-drove a smooth-purring engine on our rough roads… 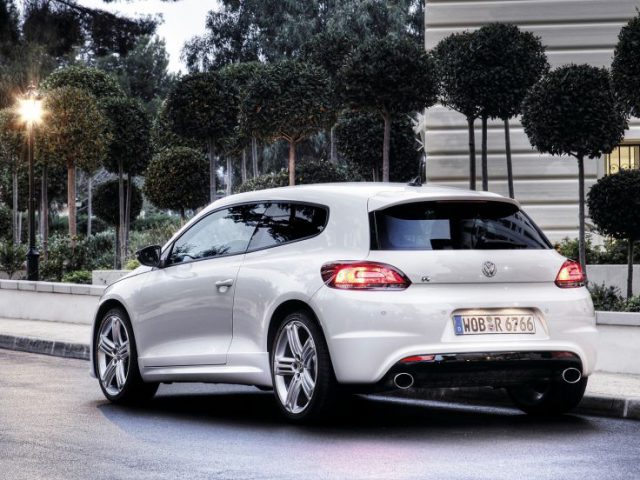 Why you would love the all-new VW Scirrocco.
The VW Scirocco is all about design. Dynamic, strong lines combine with an ultra sleek and modern interior to produce the Scirocco’s aggressive and powerful stance. It is a true sports coupé with the dynamic lines of a sports car.

The Scirocco is a third-generation 3-door sporty small family car manufactured by German automaker Volkswagen (VW), and which was reintroduced in August 2008. The Scirocco is based on VW Golf underpinnings but its striking looks set it apart from the popular hatchback. It certainly stands out from the crowd, with a distinctive front end and wide rear that provides a purposeful and sporty stance. Technically it’s a three-door hatchback rather than a coupe, but from the outside at least, it justifies the sporty nametag. At 4.26 metres in length and a width of 1.81 metres, this sports coupé is unrivalled by any other.

The wide track provides the basis fosporty road holding and stable cornering – adding to its aggressive stance on the road. The most striking characteristic of the Scirocco is the viper–like front grille and imposing bonnet. The 1.80 metre long roof extends back into a steeply sloping, muscular rear. This long flowing roofline creates a spacious interior that comfortably accommodates four adults.

It’s refined at motorway speeds and swift across country, but it doesn’t excite or involve as much as a coupe should. The trade off is excellent comfort thanks largely to VW’s clever Adaptive Chassis Control (ACC). It provides incredible poise and grip without harming ride comfort. With its muscular and rugged look, it is no wonder that the VW Scirocco is a favourite car for the young, upwardly-mobile generation. It has the power and eye appeal that only a few makes of cars can match.
WHAT’S IN A NAME?

The Scirocco name is derived from the Italian word for the Sirocco wind — and the period in its history when Volkswagen named vehicles after prominent winds, including Passat (after the German word for Trade wind), Golf (after Gulf Stream), Polo (after Polar Winds), and Jetta (after Jet stream).

WHAT DO YOU THINK?
Let us continue this conversation on our facebook group…